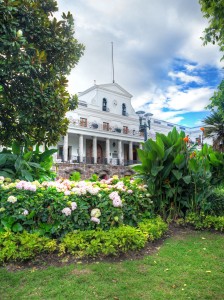 Quito is the capital of Ecuador, located in the north in the Guayllabamba river basin and sits on the eastern slopes of Pichincha, an active volcano in the Andes Mountains. To the east of the city is the Machangara River Canyon. Surrounded by stunning natural beauty, the city on its own is an amazing area. Rich in history and filled with amazing sites of importance, Quito is a cultural and historic capital.

The city was one of the founding UNESCO World Heritage Sites in 1978.  They cited the city as having one of the best preserved historic centers in all of Latin America.  The cities historical center, centro historico, has beautiful cobblestone streets to stroll as you take in the amazing churches and the wide open squares. The main architectural influence throughout the historic area is Spanish Colonial, which features stunning red tiles roofs and beautiful patios that are strewn with an abundance of flowers. One of the most popular of the cities squares is Independence Plaza. There are several monasteries that are located in the city that are examples of the Baroque School of Quito. This style melds the influences of the Spanish, Italian, Moorish, and Flemish, essentially dripping in decadence and splendor.

Quito is a great place to visit all on its own or as a stopover to other regions.  There are many hotels and hostels to meet any budget. The city is known for its old historic town center but there is also a new modern part of the city, which is called the new city. The city, old and new, is teeming with cafes and restaurants, and shops to lazily browse through as you look for the perfect item to take back as a symbol of your exploration of the city. If getting out and exploring the surrounding stunning wildlife is more your speed, there is plenty to keep you busy with hikes and climbs and many day trips to other regions of Ecuador.  The city is a great place to travel to no matter the time of year as most of the days offer mild temperatures ranging from 55 degrees at night to highs of 78 degrees during the day.

William Bailey reviews travel and vacations to help you become a more experience, prepared and informed traveler. From the U.S. to Africa and beyond, explore these destinations and more with William Bailey Travel.