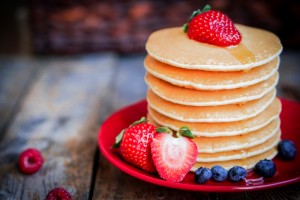 There is no shortage of places to eat in NYC, especially when it comes to breakfast. Breakfast in the Big Apple runs the gamut from doughnuts, technically a breakfast food, to bagel shops with a smear, to upscale dining. The one thing these places have in common though, is that they are a favorite with tourists and locals alike, a surefire sign that they are worth setting your alarm a little bit earlier. William Bailey Travel invites you to take a closer look at just 3 of these amazing places you won’t want to miss.

Doughnut Plant rates in the top 5 best places to grab one of these decadent fried delights in the city. Located on Grand Street why not start off your day right with one of these delicious, albeit calorie packed treats? House favorites are the Dulce de leche and chocolate blackout. The ultimate, hard to get your hands on before they sell out is the pistachio. Count yourself lucky if you get to bite into this one, because many have come before you and failed.

Shopsin’s on Essex Street now has two other locations, but there’s still a crowd so try to get here before the breakfast rush, or the small lull after. They don’t serve up your average basic breakfast fare here. They are absolutely decadent. Try the Mo’Betta which is maple bacon and scrambled eggs that is then made into a sandwich between two of their famous mac and cheese pancakes. Don’t come with a group, the most they will seat together is a party of four.

Clinton Street Baking Co. on Clinton Street always tops the best breakfast restaurant lists in NYC particularly for their pancakes. Although you can order your everyday Joe pancakes, you might want to go out on a limb and try one of their exquisite creative creations. If those might be a bit much for your breakfast they are also known for their scones. As this has long been a favorite breakfast joint in the city expect a wait in a long line no matter how early or late you arrive.

Don’t worry about how much you indulge at these breakfast hotspots in the city. After all you’re going to be walking around working it all off in this amazing city. Now the next most important question on your list of things to do in NYC is where you are going for lunch.