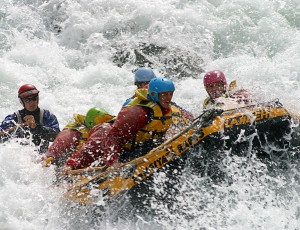 Idaho is the 13th largest state in the U.S. with a land area of just over 83,000 square miles. Its capital is Boise and to many, Idaho means nothing more than a sack of potatoes. In reality, Idaho is a stunningly beautiful state filled with mountains and valleys, lakes and streams and some of the most exciting outdoor activities and cultural events in the U.S.

By far the most popular area of the state of Idaho for vacationers is the northern region, where travelers come to white water raft, mountain climb, hike and do a variety of other outdoor activities depending on the season. Once home to a number of Native American tribes, northern Idaho includes portions of Idaho’s most scenic mountain ranges including the Selkirk, Cabinet, Coeur d’ Alene, and the Bitterroot Mountains. In addition, many have stunning mountain lakes created by the recession of the last glaciers creating an outdoors mans paradise. Amazing throughout the seasons, Idaho is an amazing place to get out and explore the beauty of nature at its finest.

A Look At The Facts With Bill Bailey Travel Club

Below are some state facts about the Gem State, Idaho, get to know more about this wonderful destination for travel with Bill Bailey Travel Club.