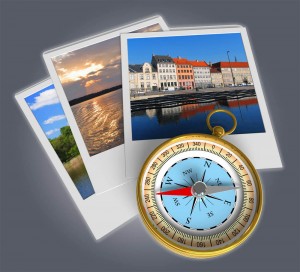 Continuing our journey through the 50 states, Bill Bailey Travel Club welcomes you to Indiana, the Hoosier state. Get to know more about this state and what it has to offer you as a top destination for U.S. travel. Find out the facts on travel and what the state of Indiana has to offer you as one of the top destinations for travel. Learn more about the 50 states with a closer look at the great state of Indiana from Bill Bailey Travel Club.

Admitted to the union as the 19th state in December of 1816, Indiana is a Midwestern state located in the Great Lakes Region. With a population of over 6 million residents, it is ranked 15th in population in the US. As the Hoosier State, the name Hoosier is believed to be derived from a corruption of a frontier greeting, however the name Indiana is much easier to decipher the roots of. Meaning “Land of Indians” Indiana as a name dates back to at least the mid 1700’s.

Inhabited by Native Americans for thousands of years before European settlement, the state is home to many sites of historic interest illustrating this early habitation including one of the best preserved earthwork mounds in the United States at Angel Mounds State Historic Site. Some of the most popular destinations for travel in the state of Indiana include:

Lucas Oil Stadium – Home of the Indianapolis Colts
Conseco Fieldhouse– Home of Indianapolis Pacers NBA team
Indianapolis Motor Speedway – Home to the world-famous Indy 500 and Brickyard races, as well as the occasional Formula One Grand Prix.
The Indiana Dunes State Park (located in Chesteron, Indiana) and National Lakeshore – Here you can take a boat ride, wade in the fresh waters, build a sand castle on the beach, and hike the dunes.
Hoosier National Forest – The national forest is a must for hunters, equestrians, fishers, and hikers vacationing in Indiana. It has some of the best horse trails in the state, as well as open hunting and fishing.