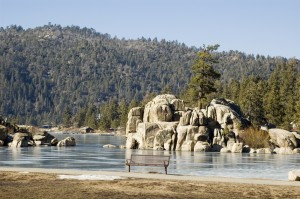 Welcome to the largest state in population in the U.S., the great state of California. Home of the gold rush, California has been a growing and thriving area in the U.S. for generations. A front runner in many aspects, California is home to many amazing destinations and activities throughout. Travel with Bill Bailey Travel Club as we journey to California in our continuing look at facts on travel – U.S. States.

California, the Golden State is a land of stunning beauty, diverse in both those who live there as well as geography. In fact, California’s geographic layout makes you able to both ski and surf in the month of June, giving you endless opportunities to enjoy an adventure is this great state. Some interesting facts on California’s geography include:

• 1200 miles of coastline
• Two of the most protected bays on the continent
• Mountain ranges including Sierra Nevada and the Cascade Mountains
• Mount Whitney – rising almost 15,000 feet
• Three major desert regions including the lowest point in North America, Death Valley

It is said that the first people to live in California arrived over 12,000 years ago and were descendants of Siberians who crossed the Bering Strait during the last ice age. They remained the only settlers until the mid to late 1700’s with the arrival of Spanish settlers to the area. After the ensuing battle for California between the Spanish settlers and newly created America, California became part of the United States. California has a long history of money, battles, settlement and thousands of destinations to experience the history of this amazing U.S. State.

• 31st state admitted to the union in 1850
• 3rd largest state by total area
• Over 2,800 square miles of water area
• Almost 40,000,000 population
• Largest cities include Los Angeles, San Diego, and San Jose
• Hottest day on record was 135 degrees Fahrenheit
• The Californian Redwoods and Giant Sequoia’s are the largest living organisms in the world.
• Over 30 Nationally protected areas are found in California including national parks, historic sites and monuments as well as memorials.

Great for hiking, exploring the outdoors, wine, small town charm, history and stunningly beautiful areas, California is indeed a golden state. We hope that you have enjoyed our visit to California and hope that you will come back for the next installment of travel facts with Bill Bailey Travel Club. Enjoy your next vacation and explore the world. Bill Bailey Travel Club reminds you to travel safe and explore the great United States.

Bill Bailey Travel Club invites you to ask your questions on travel.