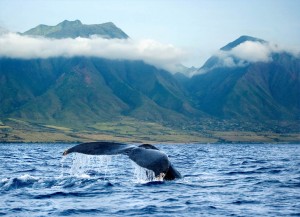 Bill Bailey Travel Club welcomes you to our continuing journey through the 50 United States as we take a look at the great state of Hawaii. Take some time with us to get to know more about the many amazing wonders that are part of the U.S. and what they have to offer you on your next vacation with Bill Bailey.

A Look At Paradise With Bill Bailey Travel Club

Known to many as paradise, Hawaii is and has been one of the most popular U.S. destinations for travel for generations. Different from all other U.S. States, Hawaii offers an exotic location without the need for planning an international trip. In addition to the simplicity of traveling to Hawaii, those who choose to travel to this wonderful destination have the opportunity to do so year round, unlike many other destinations. Hawaii’s location as well as it’s steady trade winds make it an ideal location throughout the year. Bill Bailey would like to spend some time with you looking at this, our 50th state.

Hawaii is actually an archipelago made up of 8 major islands encompassing over 10,000 square miles in the Pacific Ocean. Over 1600 years ago, the first travelers began their migrations to these stunning islands. Navigating by the sun and the stars and following the currents, the Polynesians landed and began its first culture, uniquely Hawaiian.

Today, Hawaii still embraces the culture of these amazing people and offer a vacation destination that allows visitors to explore not only the areas unique plants and animals, but stunning natural beauty as well as a culture which has lasted for millenia. Take a look with Bill Bailey at some of the facts that offer a look at what Hawaii has to give you as a place to relax and enjoy the U.S. on your next vacation.

Made up of 8 Major Islands, Hawaii includes: