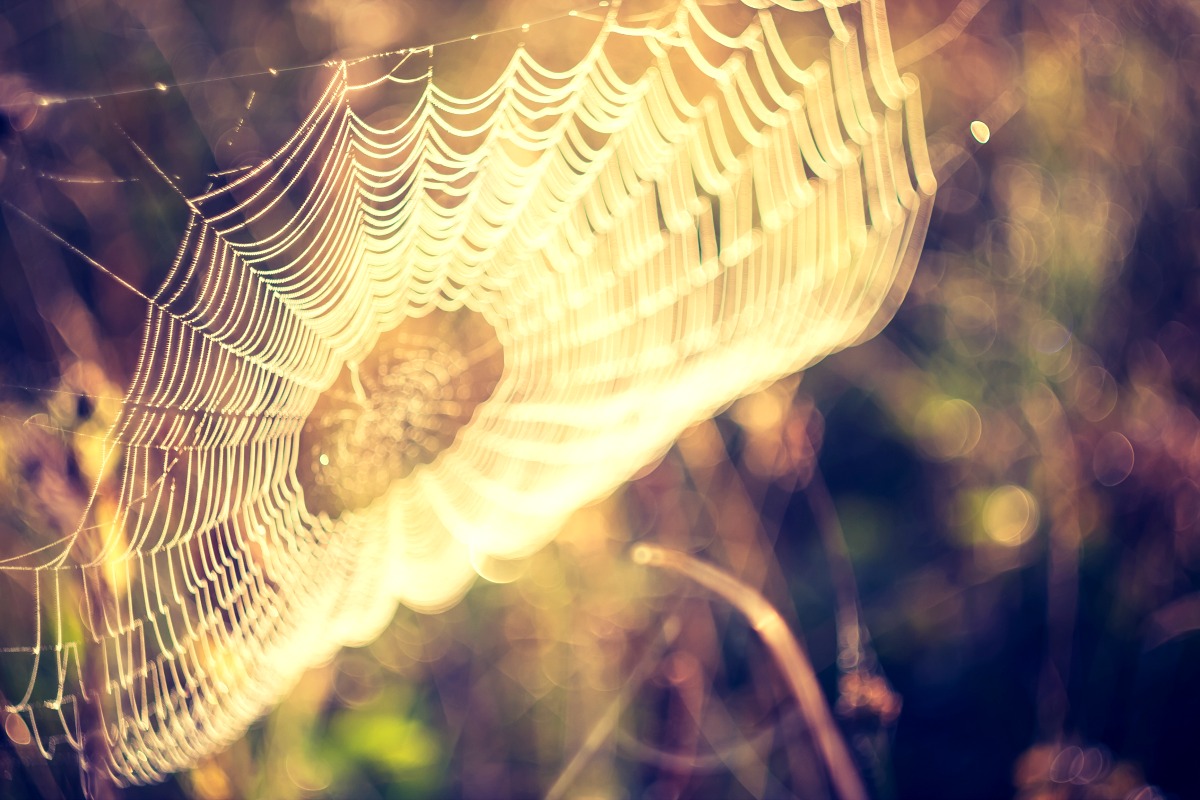 As far as owner Will Knight knows, he and his wife are the owners of the world’s only spider web farm. In the early 1970s Knight—a maker of fine woodenware and collectable items—realized that he had an unusually large population of spiders living on his farm. The spiders wove beautifully intricate webs all over the property. Rather than seek a way to eradicate the spiders, he decided to incorporate their webs into his artwork.

As Knight tells it, he came about his one-of-a-kind artwork by chance. While cleaning up his garage one day he accidently sprayed a spider’s web with white spray paint. As the paint dried was in awe of how it preserved the intricate design and artistic mastery of the web. A few months later, Knight had been laid off from his job and was looking for something to occupy his time. He remembered the intricate web design that he had spray-painted and came up with a unique idea for capturing more of the spider web art. Using a combination of spray paint and lacquer, Knight caught the webs and sealed them onto wood panels. The result was a distinctively beautiful work of art.

Knight realized that he had a potentially unique business opportunity and he created a way in which to capture multiple webs at once. He crafted a multi-unit wood framed panel of windows and waited for the spiders to arrive. It was not long before the spiders took over the panels and began spinning their webs. As they did, Knight captured them and began selling them at local and regional art fairs. To date he has sold more than 16,000 pieces of web art since 1977 when he created the process. Each piece sells for $30-$40, and can be purchased online, at the farm, or at regional art fairs.

Knight’s Spider Farm is open 7 days a week May-October, then every weekend through Christmas. Hours vary depending on day of week and time of year. Further information and directions to the farm can be found online at spiderwebfarm.com or by calling 802-433-5568.