Continuing our journey through the 50 states, Bill Bailey Travel Club welcomes you to Arizona, home of Grand Canyon National Park. 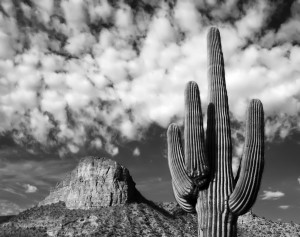 The state of Arizona is by far, one of the most popular U.S. states for vacation, offering a variety of activities and popular destinations for travel no matter what your age. Golf, National and State parks, historical sites of interest and cultural destinations are found throughout the state.

Take a trip to the great state of Arizona with Bill Bailey Travel Club as we take a look at the facts. Get to know more about this state and what it has to offer you as a top destination for U.S. travel.

Arizona is over 110,000 square miles dominated by stunning scenery including the Grand Canyon , plains, deserts and ghost towns, a beautiful representation of the American Southwest.

The state of Arizona was a territory of New Mexico until 1912, when it officially joined the union as the 48th state. Some of the most interesting facts of Arizona include:

Unique from many other U.S. states, Arizona offers much for the traveler to do and see. Food, extreme adventures, and luxury accommodations are found throughout the state and offer wonderful year round activities for all travelers.

Once known mainly as a destination to retire, Arizona has received a makeover in recent years. Not only is it a great place to retire still, but its vast natural and historical resources make it a popular tourist destination for people of all ages. Bill Bailey Travel Club invites you to the Grand Canyon State, a great place for your next vacation.

Get to know the unique and beautiful features of all the U.S. states with Bill Bailey Travel Club as we continue our journey next week to the great state of Arkansas.