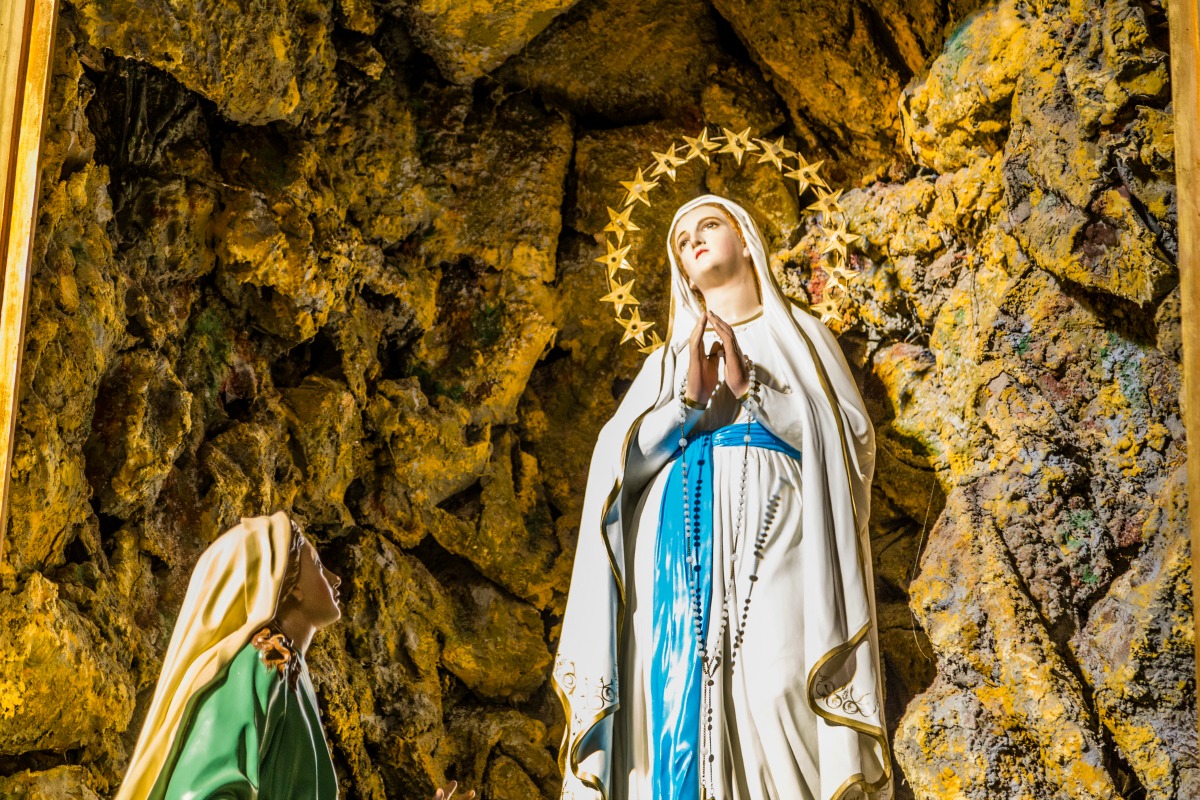 Many cultures celebrate their faith by building intricate grottos.

In which they display shrines and statues of their deities. There are three beautiful grottos that exist in the United States that were built by men who had a belief that they were being called by God to do so. These masterful works of art are worth a side trip when you hit the road on your next adventure.

A parish priest by the name of Father Mathias Wernerus was a German immigrant who had a great love for God. He sought a way to express his feelings for the Holy Father after he believed he was being called to do so. He used the materials available to him, including stones, broken glass, concrete, shells, wood, and broken dishes to create sculptures. What he created is now the Grotto and Shrines of Holy Ghost Parish in Dickeyville, WI.

In the midst of rich croplands and white pine forests of the Wisconsin, River Valley sits the town of Rudolph, Wisconsin. At the top of a hill, behind St. Philips Church are acres of land that are home to the Grotto Gardens and Wonder Cave. The Rudolph Grotto was the fulfillment of a promise that Father Philip Wagner made to the Virgin Mary for healing him when he suffered a debilitating sickness while studying for the priesthood. He believed that he was cured while visiting the shrine of Lourdes so he recreated the space in Wisconsin. The garden is filled with small shrines and structures that are placed along winding paths grassy lawns.

built on the grounds of St. Bernard Abbey. This unique garden attraction houses 125 miniature reproductions of the world’s most famous religious structures. The stone and concrete models are the artistic creation of Brother Joseph Zoettl, a Benedictine monk of St. Bernard Abbey. He emigrated to the U.S. in the late 1800s after he had been injured in an accident that left him slightly maimed. A rule at the Abbey kept him from becoming full ordained because of his injury. Moved by God to create this beautiful grotto, Brother Joseph began collecting materials that inspired him. As he built, locals donated materials from marble to unique stones and he used them to create his masterpiece.