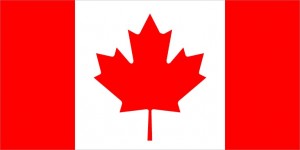 Dinosaur Provincial Park is located about 2 ½ hours by car from Calgary, Canada or almost a half hour from Brooks, Canada in Alberta.   The park is known to have one of the richest dinosaur fossil collections in the entire world. The park is located in the valley of Red Deer Valley which is worth the trip on its own for its amazing scenery. The park was named a UNESCO World Heritage Site in 1979 because of the abundance of fossils, wilderness, and its riverside habitats.

Dinosaur Provincial Park was established on June 27, 1955 with the intent of protecting the fossil beds that had been discovered.  There have been more than 40 dinosaur species discovered on the grounds of the park.  There have been 500 specimens unearthed in the excavations and they have been removed from where they originally lay and exhibited in museums all around the world. These specimens range from only being able to be seen with a microscope to giant carnivorous dinosaurs. The discoveries had to be shipped all over the world for scientific analysis until 1985 when the Royal Terrell Museum of Paleontology was built about 50 miles from the park in Midland Provincial Park.

The sediment that has been unearthed at Dinosaur National Park dates back nearly 3 million years and includes three formations. The Dinosaur Park Formation contains the most fossils discovered, and is estimated to be from 1 million years ago. Besides unearthing fossils of dinosaurs various fish fossils have been discovered including the predecessors of the modern ray and shark.  There were also numerous reptile fossils such as turtles, lizards and crocodiles discovered.  There were also mammals discovered, however they fossils contain primarily just the teeth as opposed to bones. Of course the park has a diverse fossil collection of dinosaurs.

Dinosaur National Park offers you a glimpse into the animals that roamed the earth nearly 75 million years ago.  There is a visitor center located in the park, Dinosaur Provincial Park Visitor Center.  The Center offers exhibits on dinosaurs, of course fossils, and also the geology and natural history of the park. The Center also has a video theater; a lab area that shows how to prep fossils and a gift shop.  There are learning programs offered throughout the summer for those that want to learn far more than the rich, albeit nominal glimpse that the center offers.