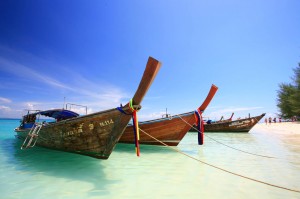 St. Thomas is an island in the Caribbean Sea that is part of the United States Virgin Islands, a self-governing territory of the United States. The island was originally settled around 1500BC by the Ciboney, and later the Arawak’s and the Carob’s. Christopher Columbus found the island in 1493 on his second voyage to the New World. The original population of the island barely survived their first contact with Europeans due to disease, deportation and slavery. The island was then conquered by the Dutch in 1666.

Prior to the conquering of the island by the Danes, the Dutch west India Company established on branch on St. Thomas in 1657.  By 1672 through the establishment of the company and the conquering of the entire island they had divided the majority of the island into plantations.  This made the main economy of the island sugar cane production, and sadly the island heavily dependent on slave labor. For a time some of the largest slave auctions in the world were held on the island of St. Thomas. Luckily after a period of time, sadly not brief, slavery was abolished on the island. The main settlement area of the island was named Charlotte Amalie in honor of the wife of the Denmark King Christian V. The island of St. Thomas was purchased by the US in 1917 for $25 million in gold. The main reason for the purchase of the island was a defensive strategy during WWI.

To experience the history of the island it is best to explore the city of Charlotte Amalie. One of the most notable of these historical spots is the 99 steps. The steps were built in the mid-1700’s as an easier way to traverse the steep hills of the town. The bricks that were used to build the steps were imported from Denmark.  Although these steps are referred to as the 99 steps, there are actually 103 steps to climb. Many of the other historical parts of town can be experienced as you shop throughout Charlotte Amalie. As many of the historic buildings stand side by side to the newer boutiques and other shopping establishments. While you are here visit the Beracha Veshalom Vegmiluth Hasidim, it is the oldest synagogue in the US.  This harbor town is a wonderful place to visit and imagine what it is once like when it was teeming with pirates.