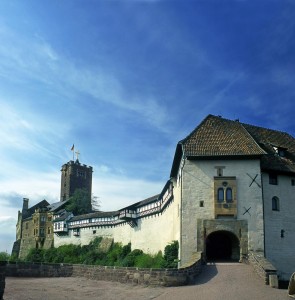 Vienna is the capital and the largest city of Austria and is the home to many international organizations including the United Nations and OPEC. An ancient city of cultural significance, its center was designated as a UNESCO World Heritage Site in 2001. The Celtic and Roman settlers transformed this city into a beautiful Medieval and Baroque example of architecture.

Most of the oldest historic sights are found in the city center, or the old city, which is encircled by a series of boulevards known as the Ring of Ringstrasse. There are beautiful representations of architecture that include Baroque castles and gardens, many of the boulevards are lined with magnificent buildings, monuments and parks. The city was originally settled in 1278 and the Hapsburgs made it the capital of the Austrian empire. The Hofburg, the Imperial Palace, has been enlarged since it was originally built in the 13th century, resulting in a mixture of architectural styles. You will find the Burgkapelle, the Royal Chapel, located in the courtyard here; this is where the crown jewels are located. The Schloss Schonbrunn is a 1440 room palace that is open daily to the public. There are self-guided tours that include an audio guide. The interior is simply majestic with frescoed ceilings and crystal chandeliers. This is where Mozart played his first concert at the age of 6 in the Mirror Room.

Vienna is known as the birthplace of the waltz and the city of dreams, tagged as the latter because it was the birthplace of Sigmund Freud. Music is Vienna’s legacy. Wolfgang Amadeus Mozart, Joseph Haydn, Ludwig Van Beethoven, Franz Schubert, Johannes Brahms, Gustav Mahler and Arnold Schoenberg have played there. Many concert venues feature popular highlights of Viennese music, particularly that of Mozart, you will see people hawking the tickets in wigs and costumes of the time. The number of musical events featured in Vienna is endless. The Vienna Festival runs from the middle of May to the middle of June, and is a wide ranging program representing the arts. Vienna’s Summer of Music Festival runs from the middle of July to the middle of September.

Enjoy the music the culture and the beauty of Vienna when you travel. Bill Bailey Travel Club invites you to review top destinations for travel with us.