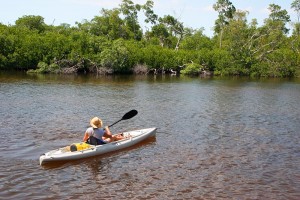 Ayers Rock, also known as Uluru is a massive sandstone rock that is located in the south of the Northern Territory in central Australia. It is in a remote area that is just under 300 miles from the nearest large town of Alice Springs. Ayers Rock is one of the most popular attractions of Uluru-Kata Tjuta National Park.  Ayers Rock is sacred to the Aboriginal people called Anangu that are indigenous to the area and is a UNESCO World Heritage Site.   The area is also teeming with springs and waterholes as well as rock caves and ancient paintings.

Ayers Rock is the most recognizable natural landmark in all of Australia. This massive behemoth of sandstone measures an astonishing 1,142 feet in height and the majority of it still reside underground. The total circumference of this natural landmark is just less than 6 miles.  What makes this rock formation so unique besides its massive size is that it changes color depending on the time of year and the time of day.  It is most notable for its color as dawn and sunset when it appears to be a glowing red. The formation of Ayers Rock is of cultural worth to the Anangu people. These Anangu give tours of the area. The walking tours are an education to visitors of the local wilderness and vegetation as well as the bush foods, and the Aboriginal dreamtime stories that pertain to the area. There are many access points along the roads to afford tourists the best views.

There are many myths that are wrapped around Ayers Rock in the Anangu belief system. They believe that the land that is located here is inhabited by their ancestral creator beings known as Tjukuritja or Waparitja. One of the other legends believed about the rock was that it was built during the creation period of the area.  There were two young boys that were playing in the mud after a heavy rain. After they finished playing they fought and their bodies are preserved as the boulders that create Ayers Rock.  Another story involves the Sleepy Lizard Woman of the Anangu. She distracted two tribes of the ancestral spirits that were invited to a feast. The host became angry when no one showed and a great battle ensues.  The battle resulted in the deaths of both tribe leaders. It is said that the earth rose up in grief over the bloodshed and that is how Ayers Rock was formed. It is believed that if you take a rock from the formation that you will be cursed to suffer misfortune.  Many of taken rocks and then mailed them back as a way to avoid the alleged curse.

Explore other top destinations and tips on travel with Bill Bailey Travel.